Quote of the Day:  We are all pilgrims on the same journey…but some pilgrims have better road maps. – Nelson De Mille, American Writer 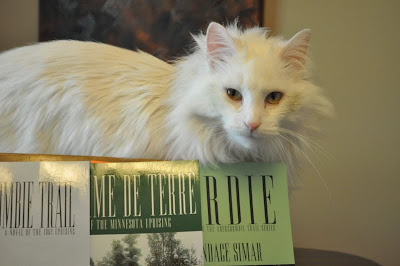 I’m always thinking about the journey. I am a journey girl. One of my students once described me that way. We are pilgrims, setting off on our own adventures, finding the path that is right for us, hitting snags and washed out roadways, needing to find new direction when the place we thought we were heading doesn’t exist anymore. I believe that some of us are spiritually connected to another time. Some people have visions of the future. They are the scientists and science fiction writers. What some have dreamed, others have invented or discovered.
Some people are connected to a time in history. They can’t get enough of the stories, pictures, images, and culture. For me, that’s the 1940’s, the stories of World War II, not the battles, but the people trying to survive on the homefront here in America, and the people who were driven out of their homes, especially the Jewish people. I have written a couple of stories, had strong images of characters from that time, and had dreams of being a held prisoner and fearing for my life. Another character came to me this past weekend. Her name is Zelda Christine Blum Anderson. She wants me to tell her story.
Candace Simar seems to be filled with spirits of the settlers and native people in Minnesota and the Dakota territories of the 1800’s. She has three books in her Abercrombie Trail Series, and told me she had dreams and visions of what will be a fourth installment. Candace has lived in this time through her research, writing, and speaking. She makes this time come alive through characters who are as real as any of your own neighbors.  Candace has a way of using all those details of pioneer life, the Sioux uprising, and survival in the early years of settlement in this area, and yet, her books never read like a history text. The details are natural, the dialogue realistic, and the characters are lively and interesting.
Candace is a local author. I bought her books are our local, independent bookstore, Turtle Town Books in Nisswa. I chatted with the owners. I picked up some items that a friend had called in and had set aside. I felt a sense of community. My mission this holiday season has been to support the arts and shop local and independent as much as possible. The interactions I’ve had with the owners and artists have been part of the spirit of giving.
Go. Create. Inspire!
And, support the arts and shop local and independent!
Journaling Prompt:  Do you feel a connection to another time and place? What is it? When is it? If it’s the here and now, what is it that makes you glad to be alive in this particular moment in time?