Quote of the Day:  Music can lift us out of depression or move us to tears – it is a remedy, a tonic, orange juice for the ear. But for many of my neurological patients, music is even more – it can provide access, even when no medication can, to movement, to speech, to life. For them, music is not a luxury, but a necessity. 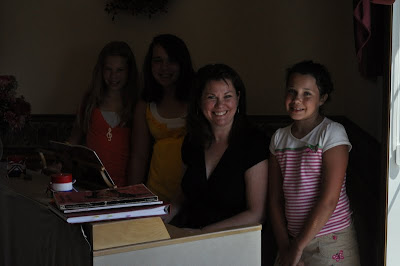 (apologies for the dark picture – my settings were off)
Three of my piano students and I played and sang at an assisted living center this week. Besides being a great way to keep their skills up over the summer months and provide a place to share their gifts, this was an opportunity for them to lift up the residents.  We helped them feel connected to the present and hopeful about tomorrow, as well as evoking memories of the past.
When the youngest of the three, barely playing piano for a year, played Twinkle, Twinkle, Litte Star, the residents couldn’t help but sing along.  They tapped their toes to the peppy tunes, and got dreamy during the classical pieces.  When I played some good, old patriotic hymns, they all sang along, nearly every word to every verse.
Then, we walked down to the memory care unit. I explained why the door needed to be locked, that the residents have memory loss, and that there might be added distractions.  We entered the commons room where a tv was on that no one was watching.  We moved in towards the keyboard and shut off the tv.  My young student played Twinkle, Twinkle again, and I saw eyes light up, lips move, and words coming out of smiling mouths.  They clapped after every song the girls played, and sang out strong during the patriotic hymns.  They seemed the most jubilant for Onward Christian Soldiers, and I had visions of them as young women, linking elbows during the war years, working in factories, writing letters to sweethearts, dancing at the halls with soldiers so young they’d barely graduated high school.  Were any of them in the American Army Corps, or Red Cross workers?  Perhaps an army nurse was in residence or even a pilot.  Who knows?  I don’t know their stories, but I do know that they came alive to Onward Christian soldiers, marching as to war. With the cross of Jesus going on before. 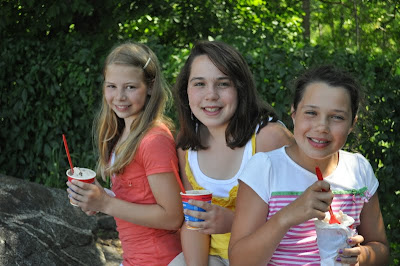 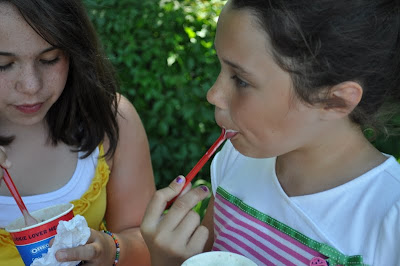 We’re making memories of our own as we share these experiences.
Thanks, Girls, for sharing your gifts and accompanying me!
Journaling Prompt:  Write about a song that brings up a strong memory in your life.