Quote of the Day:  We grow neither better nor worse as we get old, but more like ourselves. – May Lamberton Becker 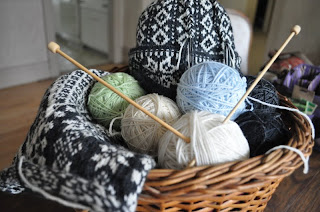 You know you’ve reached middle-age when you spend your Saturday night rolling yarn skeins into balls and hitting the sack by 10:00 p.m.  My sister Nancy made the mitten and hat this winter while she was living on the farm. I think she was channeling her Pioneer Woman roots.  She said they had stayed up much later the night before when their friends came over for penny poker and two, count’em, two pots of decaf coffee. Uff-da!

It was late Friday afternoon and my kids had friends over, playing indoors because of the rain, and I was feeling overcrowded, so I went two doors down and sat with my friend Lisa on her porch where the slow, soothing rain nearly put us to sleep.

During the summer, my four boys spend much of their time with the neighborhood boys, and they often end up in my house.  The doorway is cluttered with shoes.  The air is filled with their sweaty boy scent and talk that escalates above one another.  They’re in and out and up and down and challenging the rules and the players and who’s in charge and getting water and eating all my snack food.  And, I love them, and I admire their energy, but it’s hard to find a moment of peace.  I knew it had been a long week of running here and there and feeding them and cleaning it up and allergy season still here, and sneezing, and having a headache, so that I snapped at Charlie when he was playing with the tape measure.  But, I’ll tell you, when your nerves are shot and your head hurts, the grating sound of metal sets you off.

Then, with the door slamming behind them all on Friday night, I heard the ring of silence.  I made myself some chicken, put in a movie, and fell asleep by 9:00 p.m.

I was up bright and early on Sat., so I had plenty of time to get my van’s oil changed and a tire rotation. I really know how to live it up when I have a weekend to myself.

After reading and napping in the afternoon, I thought I might be able to stay awake to watch a community theatre production at the local community college.  So, I took myself out on a date.  I saw It Runs in the Family, a British farce, put on by Midwesterners, so sometimes the accents were on and consistent, sometimes they weren’t.  Sometimes the acting was good, sometimes, it was just shouting.  But, hey, it’s community theatre, and I could tell that all the actors loved what they were doing, and I love watching people come alive in their art.  I thought the old guy in the wheelchair was especially good.  He was quirky and surprisingly agile when left alone with the drink table and the spray soda (got the female inspector in the arse), and the young man who played the punk kid was terrific.  I spent much of the night wondering if all his tatoos were real, or if some were painted on for the show.  They looked real to me.

The funniest part of the show was the guy sitting near me in my row.  He LOVED the play.  He thought it was hilarious.  He laughed so loud and hard that he nearly coughed up a lung.  In fact, at one point, before intermission, the woman in front of him got up and moved seats.  I’m not sure if was his loud laugh or the fear of phlegm that sparked the move.

I’ve been given so much rhubarb that I spent two CD’s worth of music chopping it up and readying it for muffins and jam.  It’s all yummy and worth the red fingers and cramps from holding the knife.

If I enter my kid-free weekends with a plan, or at least with the attitude of enjoying my solitude, I embrace the quiet and allow myself to be refueled.

The door slammed open at 5:00 p.m.  Not 10 minutes past and the neighborhood boys started showing up.  As the sun set, they all decided to play night games, and I am able to type this post.  But, they better be back in by 10:00, or I’ll turn into a pumpkin.  It’s getting past my bedtime.

Journaling Prompt:  Are you able to enjoy solitude, or do you need a friend to accompany you when you go out or find yourself alone for a weekend? 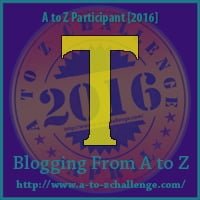