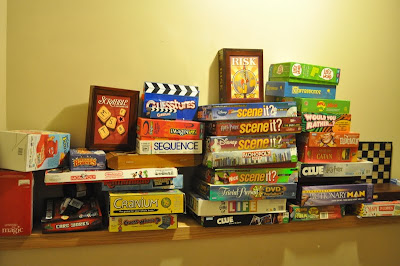 Our wall of games!
I’m participating in Alex’s Fun and Games Blogfest!  I couldn’t resist.  I’ve loved playing board games since I was a youngster growing up on the farm.  Back in the olden days (70’s & 80’s), we didn’t have nearly as much tv to watch, and during the occassional power outage, we had to do something!  When our Iowa cousins came up to visit, we’d have Monopoly playing marathons.  I also liked card games like Old Maid, Crazy Eights, Kings in the Corner, and Clue.
The boys and I still like Clue.  The original with Professor Plum, Colonel Mustard, and Miss Scarlet is still my favorite.  You can get it in several versions nowadays, like Harry Potter, and Discover the Secrets.
My very favorite large group game is Guesstures which is charades with four point cards and a timer that comes down like a “Scene One” arm, clicking in place and setting the clock ticking.  One of the boys got it for Christmas, and we played it that night.  It’s exciting and filled with acting and running around and cheering, by me.  My son Zach even said, “You’re fun!”  Yippy! and Merry Christmas to me!!
My “go-to” game at the moment is Would You Rather.  Everyone is playing all the time.  The question asker writes her answer to an either/or question, like the one above, and the other players have to answer as a group, after a bit of discussion, which is over after the sand runs through the tiny hourglass.  You really get to know your fellow players.  There are also challenges, which can get silly, and ones that stretch you out of your comfort zone, and times where you can write your own question.  I’ll use one of mine for the journaling prompt.
I also love, love Cranium because it includes several different kinds of games, charades, sculpturades, sketching (sometimes with your eyes closed), trivia, and word puzzles.  It has everything and is great for couples’ night.  I haven’t played it in several years.
If I were to review the rules of this blogfest, I believe Alex asked us to write about our top three games.  I’m also one to change the rules just a bit to fit the players involved.  It’s okay to change the rules as long as everyone knows them and is playing by the same set of rules.  It is NOT okay to change the rules so that you always beat your sister (Nancy)!
Journaling Prompt:  What are your favorite games?  Answer the above question, or this one:  Would you rather be trapped in an overcrowded airport during a snowstorm, or trapped alone in your car?
﻿ 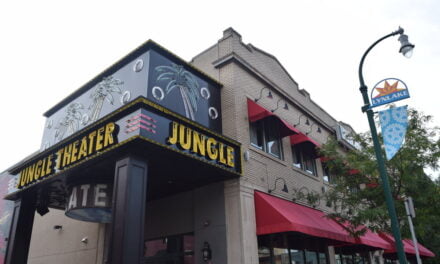 Reflection on Centerplay, audio play from The Jungle Theater 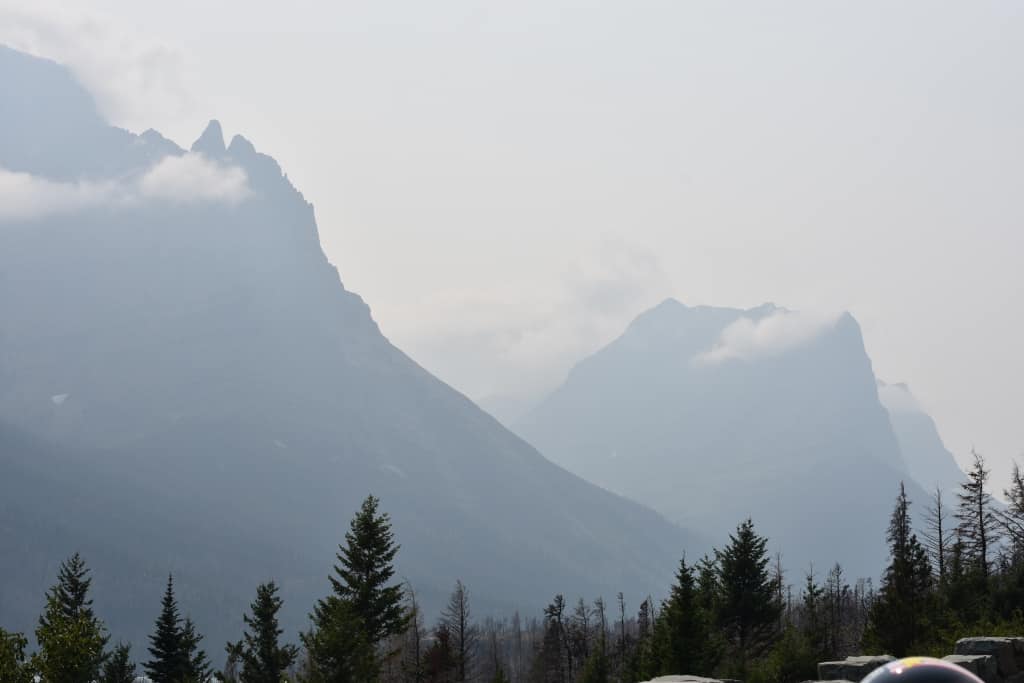