Quote of the Day:  The true artist declares himself by leaving out a lot.  The artist alone sees spirits.  But after he has told of their appearing to him, everybody sees them. Goethe 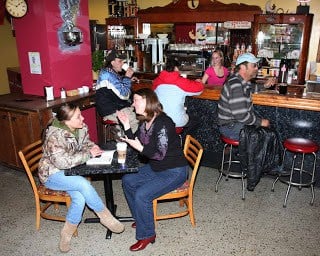 I have spent many hours in coffee shops talking, listening, eavesdropping, asking questions, visiting with the baristas, observing life.  The characters of my first play in three acts, Coffee Shop Confessions, were formed here.  Many of them are based on real people, but they are all fictional.  They have a past.  They have current concerns.  They have hopes and dreams, talents and conflicts.  These characters were conceived inside of me, talked to me, grew, and birthed from my head, the way Athena burst forth from the head of Zeus, fully armed and ready to lead her armies into battle.

I’ll claim Athena as my muse today.  She is goddess of war, civilization, wisdom, strength, strategy, crafts, justice, and Greek Mythology.  Don’t we need all those skills as we march onto the battlefield of our crafts?  We need the tools for success.  We need an army of supporters, a cloud of witnesses if you will, strategic planning, and a sense of justice in a satisfying ending.

I am measuring my success today.  I have a few finishing touches left in Act 3, then I’m ready to unveil my first full-length play.  I’ve scheduled a read-through with supportive and talented friends, and I’ve already gotten enthusiastic response from them.

Journaling Prompt:  Write about the success you feel right now in your craft and in your life.