Quote of the Day:  The Journey by Mary Oliver

One day you finally knew
what you had to do, and began,
though the voices around you
kept shouting
their bad advice–
though the whole house
began to tremble
and you felt the old tug
at your ankles.
“Mend my life!”
each voice cried.
But you didn’t stop.
You knew what you had to do,
though the wind pried
with its stiff fingers
at the very foundations,
though their melancholy
was terrible.
It was already late
enough, and a wild night,
and the road full of fallen
branches and stones.
But little by little,
as you left their voices behind,
the stars began to burn
through the sheets of clouds,
and there was a new voice
which you slowly
recognized as your own,
that kept you company
as you strode deeper and deeper
into the world,
determined to do
the only thing you could do–
determined to save
the only life you could save. 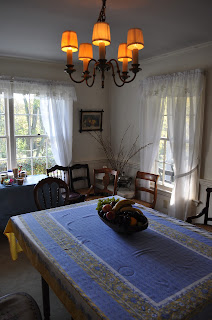 This is the kitchen table in the founders house at Boyd’s Mills where I attended the Highlights workshop.  The very first morning, I spent some time here alone, but I didn’t feel like I was alone.  My best writer-mama-pal Roxane is a night owl who sleeps in. Ashley, who flew in the same day from Utah, was also easing into the morning, probably feeling like she was in a different time zone.

I sat at this table in a place where so many creative spirits have passed and felt the energy of inspiration.  I drank my coffee, wrote in my journal, and gazed out at the beautiful trees and flowing stream.  So much of life happens around the kitchen table.  An apple rolled off the fruit bowl.  I said, “No thanks, I’ll have this plumb instead,” to no one but the spirits.

The setting of the first chapter of my novel is a farm kitchen in 1941.  A farm girl is there, doing all the work, like all the farm girls I’ve ever known.  My story was the first to receive critique at the workshop.  It went okay until one participant attacked it like an editor from New York.  I felt like she was yelling at me, saying “Don’t you know that it’s wrong to put YA girls in the kitchen.  And, there she sits for pages and pages.”  I felt like an idiot for not knowing that rule, for making such an enormous blunder.  Her blunt words stopped me in my tracks.

So, I decided that the title of the play I’ll be writing during April’s Scriptfrenzy is Kitchen Table Confessions.  The only set I’ll need is a kitchen table.

The moral of this story is, Don’t let others and their opinions control you or your art.  You are the only one designed to create what is on your heart.  If you’ve been a people pleaser with low self-confidence, like me, this will take some practice.  I have erroneously measured my self-worth, my work, my art, my everything by what others have said, their reactions.  That needs to stop.

I resolve to no longer be controlled by others words, opinions, rules, or insecurities.  Yes, I mean their insecurities.  It is the very people who try to control you, who fear loss of control in themselves and are unable to be vulnerable and real.  Your courage, your honesty, your unique creative spirit might be threatening them.  Go on and do it anyway.  We all need a challenge.  And, that’s what it means to be your authentic self.

Journaling Prompt:  Who or what has controlled you?  Is a person?  An opinion or way of life?  Is it an unattainable body image or social status?  Write it out, then let it go. 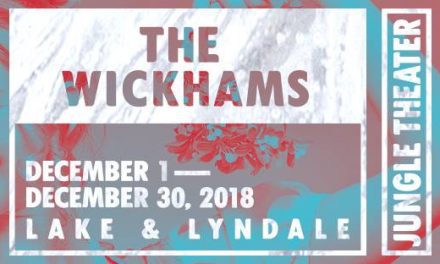