Quote of the Day:  Kenny Chesney says it best in this video from YouTube The Boys of Fall.  They played this song during the slide show at the Football banquet last night.  My big boy was on the team.  His position is Offensive Lineman.  He played during the JV games and one quarter of a varsity game that our team dominated.  Mostly, he stood on the sidelines, suited up and ready, and cheered on his teammates.  Brainerd had a winning season.  They made it to the metrodome for the semi-final game, and lost. 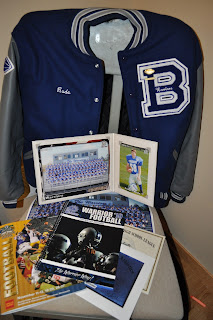 My boy is a junior this year.  He has one more season to play, but for the seniors it was like the first graduation of their final year of high school.  A couple of the boys gave speeches and broke down.  One boy said, “Hey, you guys know I’m an emotional guy.”  He could barely talk as he said good-bye to the team, and called up next year’s captains.
When my boy was in 4th grade he was so excited to sign up to play youth football.  “It’s real tackle football, Mom,” he said with a gleam in his eye.  At that age, everyone gets to play.  They get to try every position and feel the thrill of the game and hear the crack of the shoulder pads.  They’re all smiles and excitement.  So, even though I don’t love football and grimace every time I hear that crack of pads and helmets and gently touch their bruises, I get it.  I understand that boys love to play rough.  They love the game, the strategy, the camaraderie.  I also understand that by high school varsity, it’s about winning and who can make that happen.  And, the guys who come to practice, take the hits for the starters, and stand on the sidelines to cheer, are dressed and ready in case they might get their chance for a play – just one good hit.
I asked my boy what the best memory or moment was for him this season.  They won some big games, practiced at the Minnesota Vikings training facility, and played in the Metrodome.  He said, “The Apollo game because I got to play most of the last quarter.”
This post is dedicated to Sue at the dry cleaners.  Last week, I dropped off my boy’s dirty dress clothes and told her I’d need them back for the football banquet.  She got all nostalgic, reminiscing about her son’s football days, and we had a good mom chat.  She said she wished she was going to the banquet with us.  She still goes to games.  Once a football mom, always a football mom.
Journaling Prompt:  Write about your high school activity experiences.  Were you a player, or tooting your horn in the pep band like I did?  Or, were you in some other place discovering your gifts and talents? 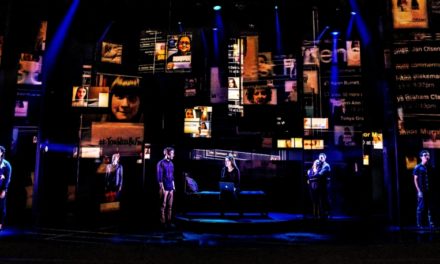