9-11God didn’t set us up for an angry rejection but for salvation by our Master, Jesus Christ. He died for us, a death that triggered life. Whether we’re awake with the living or asleep with the dead, we’re alive with him! So speak encouraging words to one another. Build up hope so you’ll all be together in this, no one left out, no one left behind. I know you’re already doing this; just keep on doing it. 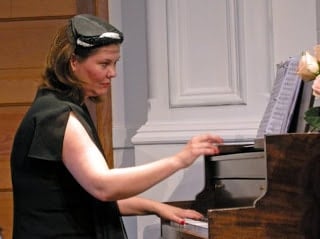 (A little finger flair as I accompany my little sister’s beautiful voice at a concert, summer 2009.  Music of the ’40s, like Change Partners and Dance, Moon River, and Sisters)
Last summer my little sister, Joy, traveled from her home in Portland, OR to Minnesota to visit and do a concert.  She asked me to accompany her.  At first, I was excited to do it, but the closer it came, the worse I felt.  I had lost my self-confidence and didn’t know where to find it.  (Sort of like Little Bo Peep and her sheep.)  I’ve been playing the piano since I was seven years old.  I started playing for the early morning church service at my little country church when I was in the 7th grade.  I accompanied my school choir, countless soloists in voice and band, and yet, I’d lost it.  I continued to play even when I didn’t have anything to practice for, while I was having babies, plunking out a few tunes in between feedings and diaper changes.  I could always play the piano, no matter what my mood or situation.  It’s what saved me from the pit.
Then, I had a few set-backs.  My ex-husband used to say that my playing gave him a headache.  After I divorced that negative voice, I put myself back out there on the piano bench at my church.  I did not get the support there that I needed.  In fact, I was literally told that I was not good enough.
NOT GOOD ENOUGH!
Do you know what awful damage those words do?  Do you hear them in your own head?  Do people in your life say them to you?
They’re wrong.  They’re mean.  They’re coming from their own damaged souls.
I told my little sister that I couldn’t do it.  “Maybe your old accompanist is available,” I said.
“No, Mary,” she said, “You’re the one.  I want you to accompany me.  You are good enough.  You need to be the rock.”  The accompanist is the support for the singer.  In this case, the singer was the support for the accompanist.  My eyes mist up even as I type this.
I’ll be playing piano for Palm Sunday service at a new church where I’m honored, appreciated and told, “Of course, you’ll play.”  I was a little nervous about playing.  I suggested that someone else might be better equipped.  I mean, Palm Sunday is about the most important worship service.  It tells the whole story of the One who walked the broken road before us.  Who carried our burdens on His shoulders, and who came back from the darkness to reclaim life and give us hope.  Who am I to play out that message?
But then, I heard it, the voice that says, “Of course you can.”
Journaling Prompt:  Can you be that voice, the rock, that supports another person? Have you heard it?  Listen for it.  It’s for you, too.

F is for Fringe 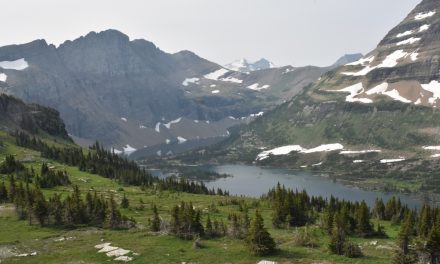